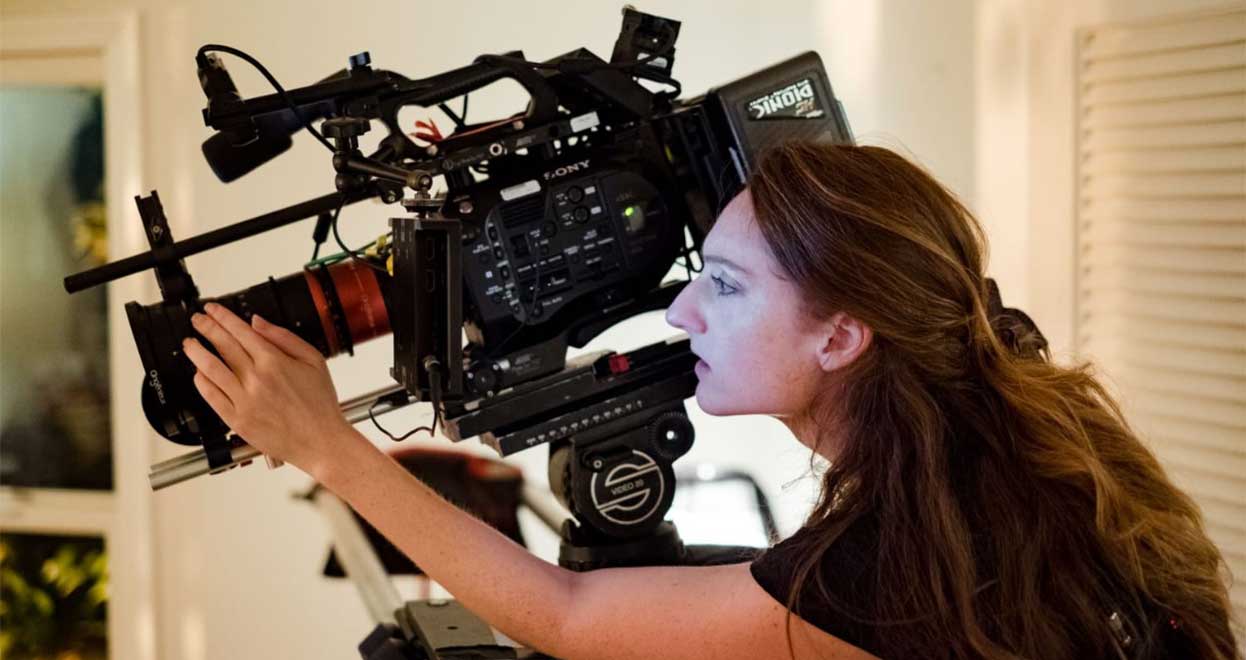 Contrary to the conventional belief, it is not always complicated or expensive to shoot in Anamorphic if you use an Angénieux lightweight lens, as expressed by Kathryn Brillhart in her testimonial. Kathryn defines herself as ‘a director, cinematographer, and innovator in experimental media. Her body of work explores deeper human issues by pushing the boundaries of visual poetry, movement, and mixed media’. [1]

‘It was the absolute right choice for this project!’

Ripley Improv presents Ripley Improvised Feature - a completely improvised feature based on a suggestion. The women of Ripley will be both actors and writers as they create the characters and story in the moment.  Just like their live shows, Ripley will improvise all elements of the story and characters from scratch, based on an audience suggestion. In this unique brand of film, the camera will improvise alongside the actors, following the action and emotion of the scene.

Our goal for the Ripley Film was to capture the actor's performances as first takes to preserve the integrity of their improvisation.  Camera also had the chance to improvise the shots that would tell the story in real time by following the action and emotion of a scene.  As operators, we had to be able to act on our instincts in the moment without technology getting in the way.  Our technical process needed to be reliable and translate cinematically to viewers.  I chose Angénieux Lenses because I knew I wouldn't have to compromise image quality or camera technique to get the shots we needed.

The Angénieux Optimo Anamorphic 30‑72 A2S is incredible. Evenly tuned, I had the flexibility to capture more action in the edges of my frame.  With other anamorphics, this can be a huge issue, especially with handheld shots.  The Optimo 30‑72 A2S is designed with cylinder optics in the rear part of the lens so it’s not front heavy.  In fact, its light weight made it possible to capture dynamic action over long, improvised takes. The extreme minimum focus distance of 2ft 2in allowed a level of emotional closeness that we could not have been able to achieve otherwise.  The creamy quality of the glass balanced well with the Sony Fs7 sensor’s vibrant bouquet giving us rich images.  This played especially well when shooting scenes with intentionally monochromatic tones.  Skin color, hair, and specific mise en scène could stand out and make seemingly flat shots more dynamic.  One last detail that stood out to me about the Optimo 30‑72 A2S was its consistent T4 across its zoom range.  It meant that we could shoot at night or low light without worry that our exposure would change at different focal lengths throughout the scene.  I knew that in post-production this would be a big deal and would save an editor and colorist a ton of work.  On a tight budget, those choices matter!  The Angénieux Optimo Anamorphic 30‑72 A2S was the absolute right choice for this project!

in book stores “Angénieux and Cinema, from Light to Image”!