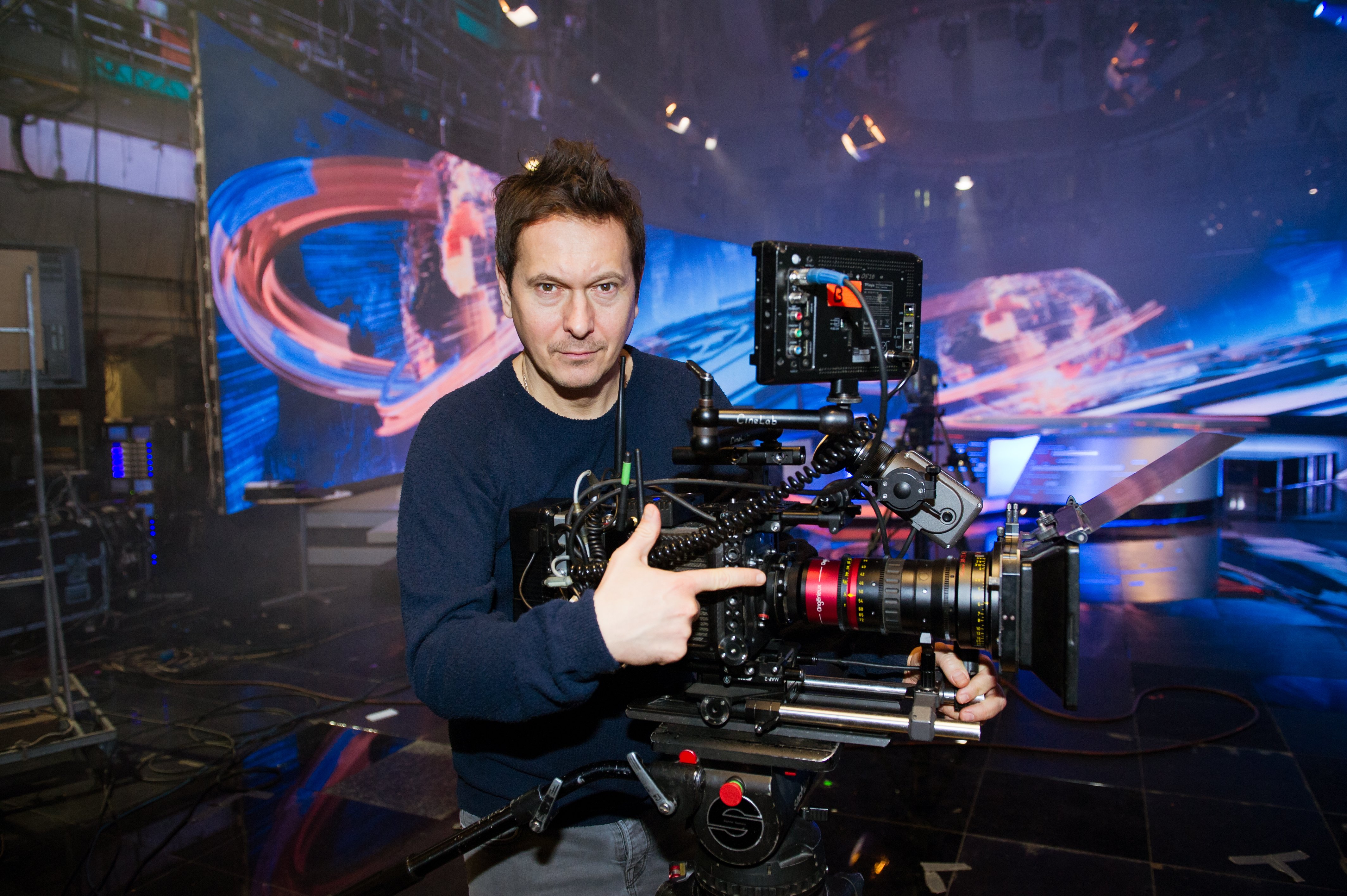 “The production period of “Invasion” took 4 months from July to October 2018, with around 65 shooting days for a main unit and 35 days for a 2nd unit. The shooting was placed mainly in Moscow region, but also in Kamchatka (far east region of Russia) and in Budapest, Hungary. The production budget was around 12 million USD, without marketing and promotion costs”  tells Michael Kitaev – Film producer - “We mainly used two ARRI Alexa Mini 4:3 cameras and a Alexa XT as additional. They were equipped with the Hawk V-Plus Anamorphic set, plus Angénieux anamorphic zooms. We’ve used the Angénieux lenses almost all the time during the shooting period and really enjoyed the image quality. In Siberia, we did absolutely fabulous aerial shots in Kamchatka”

“We’ve used the optics of Angénieux actively. They have been one of the main stylistic devices for the movie. The main advantages of those anamorphic compact zoom lenses for a DoP: lenses are lighter, they are compact, they can be used for shooting from hands. It is very convenient in use for the zoom effect for action scenes, on suspensions, on cranes, drones or even helicopters. Without changing the optics you can make a visual accent. You can create video effects that were not available before. For example, dolly zoom, when you ride the cart forward, and zoom out on the zoom. When the focal length changes, the depth of field changes, this gives a beautiful optical effect. The Angénieux optics revealed excellent plasticity, depth, crystal transparency, and compatibility with fixed focus lenses. Sometimes, I shot both on zoom and prime. For other creative solutions, it was stylistically better to use only zoom. For all its sharpness, where it's necessary to be sharp, the optics of Angénieux are absolutely cinematic. After all, the nature and plasticity of the images is most important for the DoP”

Angénieux French optics were also selected by Vladislav Opelyants and Fedor Bondarchuk for aerial shots. Shots took place in Kamchatka and were made by French company XD-motion. Benoit Dentan, XD motion CEO and also aerial operator, was in charge of these strategical takes for the final scenes of the movie with the help of Fernando Narvajas, GSS technician.

Although Kamchatka lies at similar latitudes to Scotland, cold arctic winds from Siberia combined with the cold Oyashio sea current keep the peninsula covered with snow from October to late May. Also known as the “land of fire and ice”, the Kamchatka peninsula has a high density of volcanoes and associated volcanic phenomena, with 19 active volcanoes included in the six UNESCO World Heritage List sites.

“This extreme shooting at the end of the world above volcanoes was a world first.  We equipped the Russian Ecureuil helicopter with the GSS Cinema Pro+, a great stabilized platform option to integrate the most popular payloads … perfect for use in any scenario ! Even this one. “ says Benoit Dentan “The equipment carried , around 32 kg, was an Alexa mini camera that was connected to the control room with the Full menu Interface on PC. The operator Vladislav Opelyants selected two Angénieux optics :  the Optimo 30-72 A2S anamorphic zoom lens (5.3 lbs – 2.4 kg) and the Optimo 24-290 spherical zoom lens (24.2 lbs - 11 kg). After one day- tests, we took off, Fedor, Vladislav, Fernando and I, for two days in this wild and beautiful setting of Kamchatka. For the first day we worked with the compact anamorphic zoom lens for spectacular shots over volcanoes and valley to follow the hero’s  huge Russian MI helicopter . Second day was with the 12x zoom lens to shoot the hero on the moon style ground. We installed them in the nature at night …. Outstanding moment for an occasion to remember. Using anamorphics for aerial shootings is not very common. This Optimo 30-72 A2S is amazing, the building is robust and beautiful, and the quality of image is the best ever used. The rendering is great. Vladislav and Fedor were really impressed by the result.” 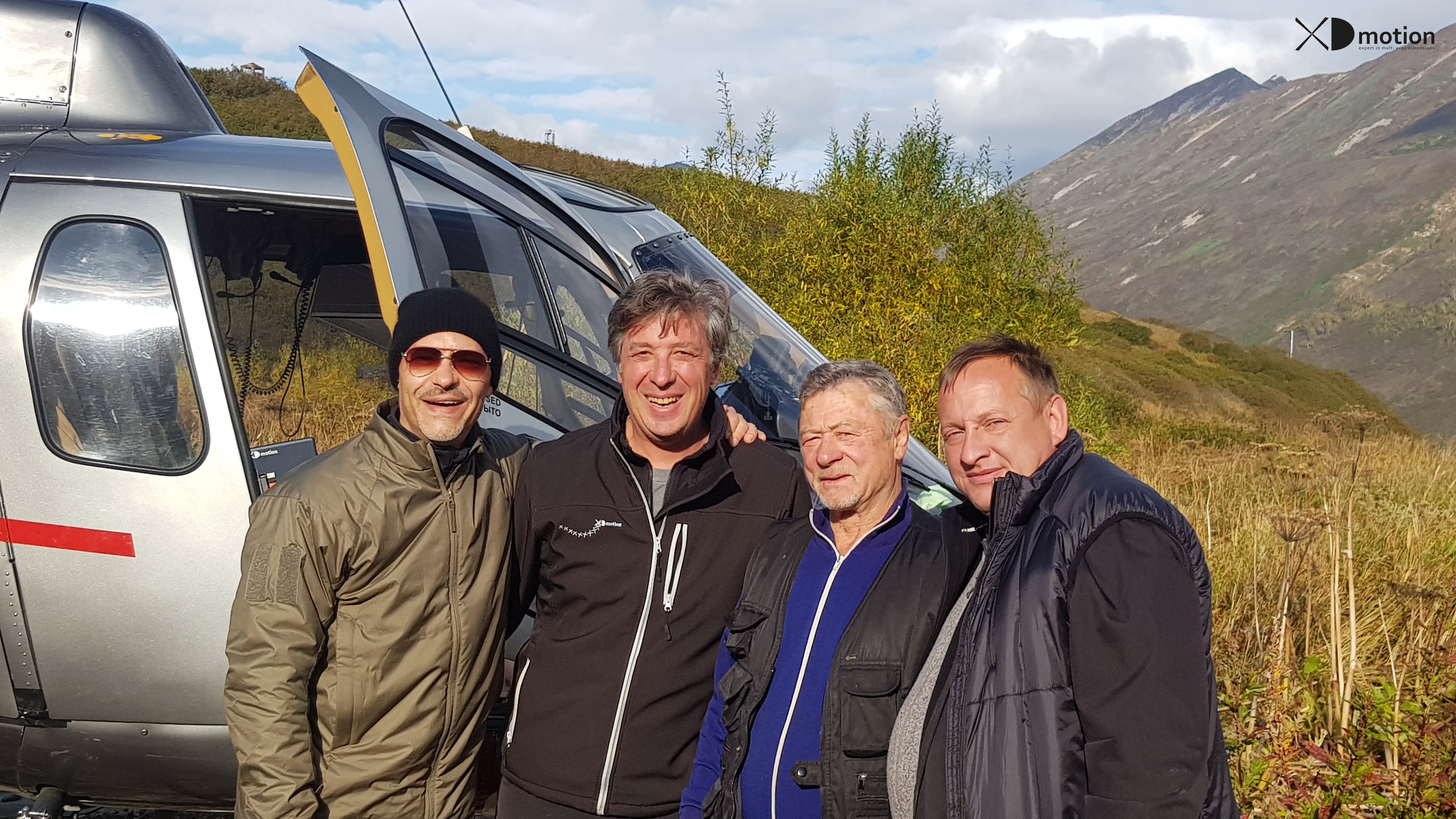 "Invasion" released on January 1, 2020 in Russian theaters, on January 3 in Latvia and Lithuania and January 9 in Germany.

* Besides being a prominent film director, Fedor Bondarchuk, is also an actor, TV and film producer, clipmaker, TV host, and founder of production company Art Pictures Studio. Some of his most notable films he has directed include The 9th Company (2005), The Inhabited Island (2008–2009), Stalingrad (2013), Attraction (2017).