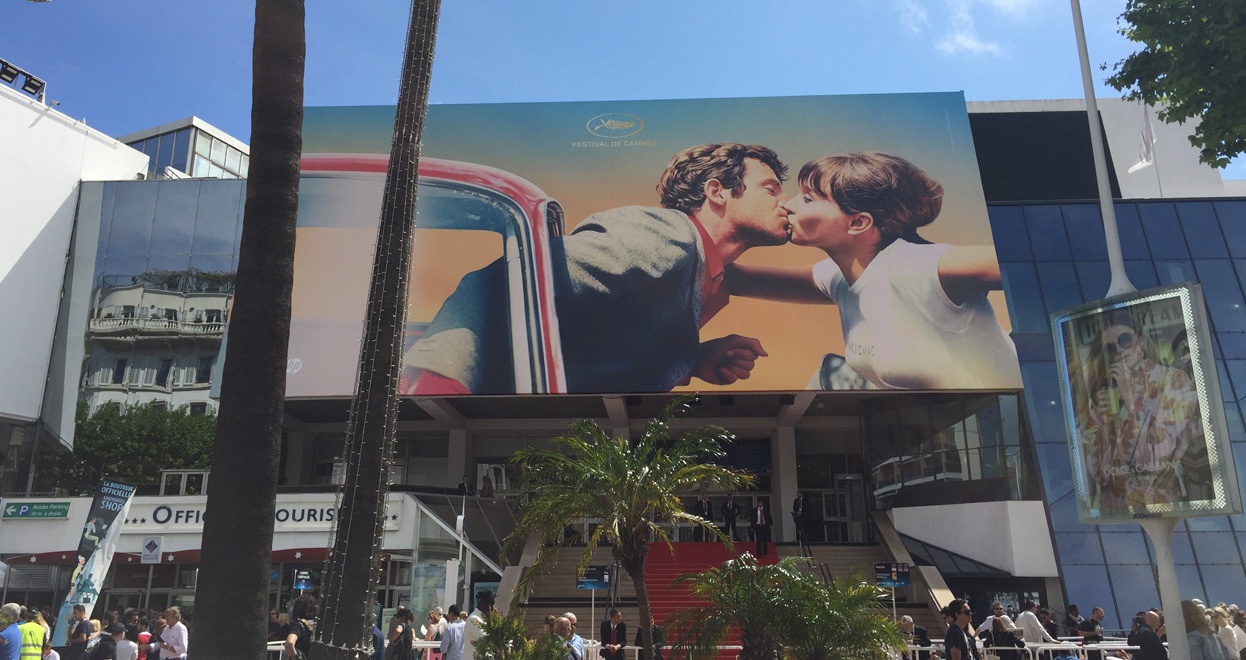 On May 18th, at the 71st edition of the Cannes Film Festival, Edward Lachman ASC will receive the 2018 “Pierre Angenieux ExcelLens in Cinematography”.

Journalist Richard Brody - The New Yorker - wrote this about this huge cinematographer.

"Great cinematographers are like psychoanalysts whose sensitivity to the unconscious moves in two different directions at the same time—in front of the camera, to influence viewers’ moods subliminally, and behind the camera, to interpret and realize not directors’ requests but directors’ desires. Good cinematographers give the movies they work on a distinctive look; the great ones give them a distinctive inner life. It’s through the work of the cinematographer that the seeming connection between the soul of the director and the soul of the viewer takes place; a great cinematographer makes directors more themselves than they knew themselves to be, and links viewers more closely to a director than they ever suspected or, for that matter, understood. That’s why Ed Lachman is one of the very greatest of cinematographers, one of the ones whose work marks the history of cinema even more decisively than many whose signature styles more readily win acclaim.

When Jean-Luc Godard wanted to make a film in the United States, in the early nineteen-eighties, he called Ed Lachman—because Godard didn’t only want to shoot a new film, he wanted to shoot a film in a new way, based on a new kind of relationship with a cinematographer, one that would be as much of a talking relationship as a filming relationship, one that would be as much conceptual and personal as practical—in effect, he wanted a cinematographer to help him film not just a movie but also a screenplay, a visual screenplay. (Some of their work together is in Godard’s “Scénario du film Passion,” one of his most original and manifesto-like videos.).

Ed Lachman is a cinematographer of personal and artistic transformation, a catalyst of directors’ new beginnings. When Wim Wenders, a master of modernist stylization, wanted to integrate documentary and fiction in “Lightning Over Water,” he called upon Ed Lachman, for a project of a personal intimacy and sensitivity, of death at work on-screen. When Paul Schrader was shifting—as the whole industry of Hollywood auteurs was doing—from studio-based productions to independent productions, in “Light Sleeper,” he called upon Ed Lachman. It was while working with Ed Lachman on “The Limey” that Steven Soderbergh felt empowered and enabled to begin to wield a camera himself. 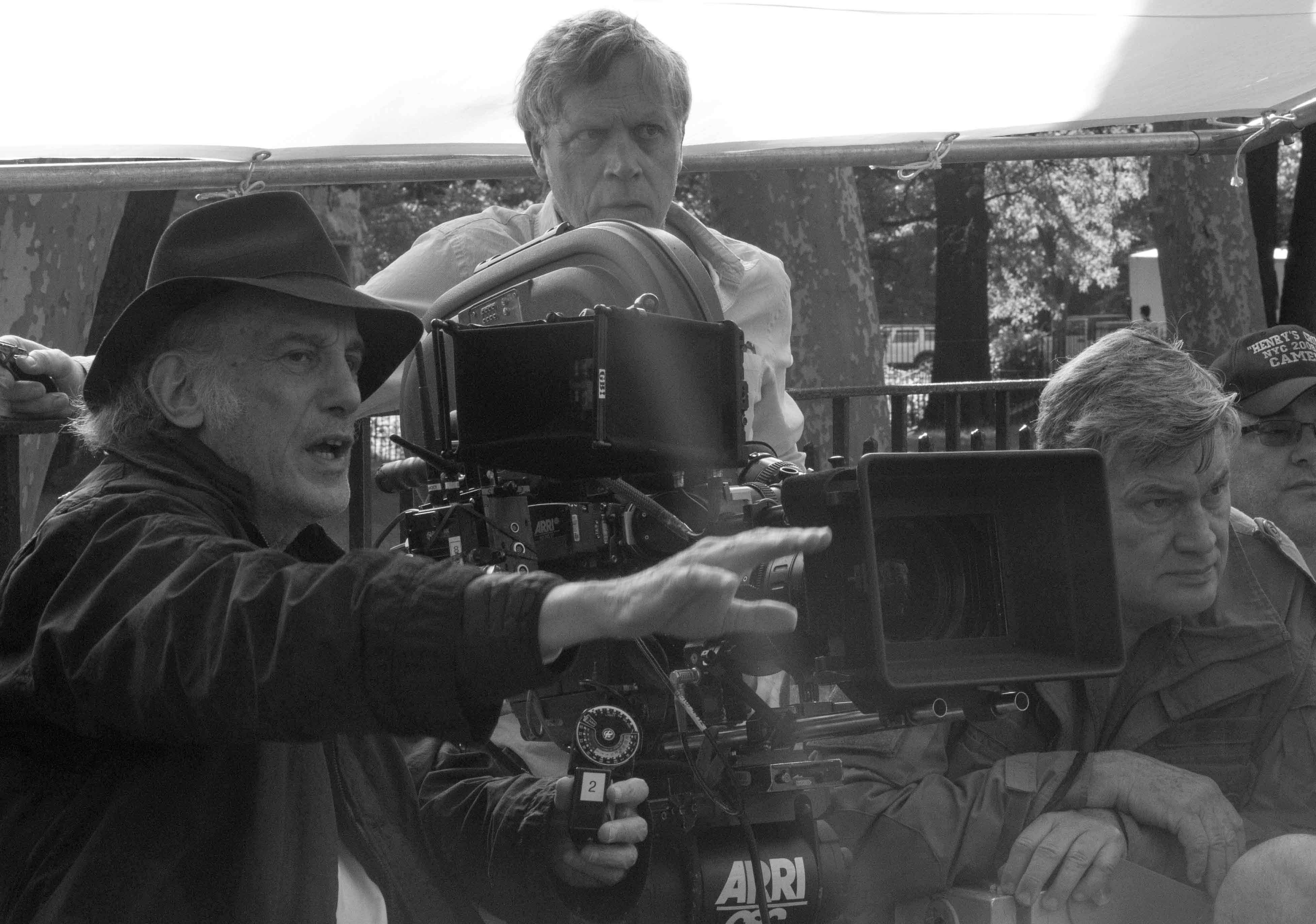 He’s also a cinematographer of actual directorial beginnings, the midwife to careers, most notably, that of Sofia Coppola, whose first film “The Virgin Suicides” asserts an irresistible, surreptitious psychological power that goes beyond that of the story; even before she found her style, she found working with Lachman—her tone. By contrast, with “Desperately Seeking Susan,” he helped Susan Seidelman find a style that was one of the emblems of the age. Working with Shirley Clarke on “Ornette: Made in America,” her last film, he infused a documentary with the grandeur of a living monument to an artistic hero. When Robert Altman, at the end of his career, in “A Prairie Home Companion,” returned to the loose-limbed, free-wheeling improvisations of his earlier work, he called upon Ed Lachman to oversee the multiple-video-camera shoot. When Todd Solondz joined his sublime derision to an existential strain of agonized tenderness in “Wiener-Dog,” Ed Lachman helped him to bring it to life with a hyperrealistic, tactile intimacy.

Ed Lachman’s ongoing collaboration with Todd Haynes is one of the cornerstones of the recent cinema. From the hallucinatory neo-classicism of “Far from Heaven” and “Mildred Pierce” and the uncanny collage of styles and tones in “I’m Not There,” there arose, in “Carol,” one of the cinematographic wonders of the age. The two earlier films and the mini-series were also shot on film at the very tail end of the era in which shooting on film was still the industry standard. By the time of “Carol,” the standard had shifted to video; as a result, the decision to shoot on film—and, for that matter, on 16mm. film—stood out, and Ed Lachman made sure that the aesthetic of the film embodied the sudden new distinctiveness of that decision. Jean-Luc Godard has said that culture is the rule and art is the exception; “Carol” turns the very presence and use of film into an artistic exception of the highest order, using the sheer fact of its grain to conjure a virtually tactile cinematic eroticism of three dimensional texture.

It’s no surprise and no coincidence that the projects on which Ed Lachman and Haynes have joined forces are historical ones, set in the past and explicitly addressing and engaging the history of cinema itself. But the cinema is the art of the future, and Ed Lachman has joined forces with Haynes again for “Wonderstruck,” which makes historical echoes—between generations of people and between generations of art, between the nineteen-seventies and the nineteen-twenties, between talking pictures and silent films—its explicit subject. In a way, it has been Ed Lachman’s implicit subject from the start; by engaging with the history of cinema, by means of techniques, ideas, and personal relationships, he has advanced it—and he’s still advancing along with it.".

For the first time this year, Angenieux also wished to highlight the work of a promising talent of cinematography. During the “Pierre Angenieux ExcelLens in Cinematography” the young Chinese cinematographer Cécile Zhang will have the incredible privilege to get an Angenieux lens loan along with world reknown cinematographer Ed Lachman.