CHALLENGE MET : ONLY ONE YEAR FOR THE OPTIMO PRIME SILVER SET

May 23, 2019, Cannes Film Festival : one year to the day, Angénieux went Prime presenting the Optimo F40, first lens of a series of 12 Full Frame lenses, the future  Optimo Prime Series. This major announcement was made in presence of Band Pro Film & Digital Inc, partner of the project with Angénieux and Jebsen Industrial Technology Co Ltd, and in front of rental companies, distributors and cinematographers who were in Cannes to attend the  “7th edition of the Pierre Angenieux Excellens in Cinematography” 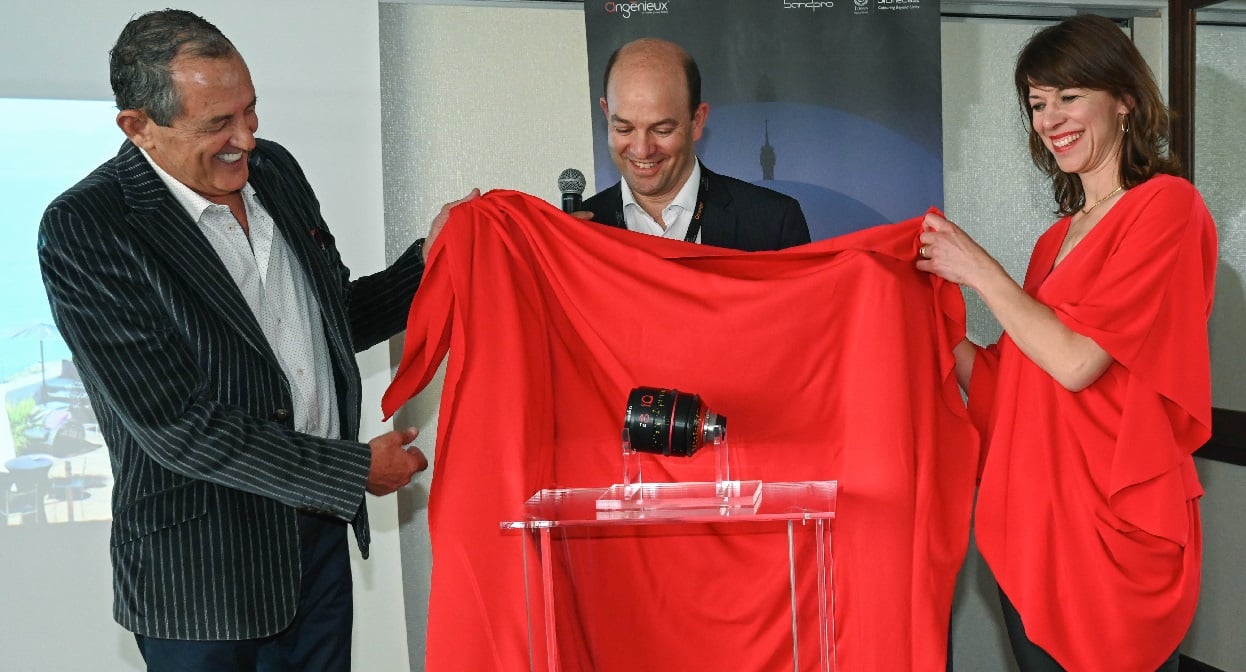 One year after, had the 2020 Cannes Film Festival happened, the first Optimo Prime Silver set would have been presented there, right on time. This challenge of making six lenses in one year, despite the difficulties generated by the present international health crisis at the final stage, was met thanks to the great involvement and passion of Angénieux teams, industrial partner and supply chain.

What is the Silver set ?

The deliveries of the first lenses are expected to start on Q3 this year.

Based on cinematographers' feedback and designed to accurately match the look and feel of
Angenieux’s long-celebrated Optimo zoom series, the Optimo Prime Series is a key addition to the professional cine lenses currently available on the market. Productions and cinematographers will have soon at disposal a complete range of genuine cinema optics perfectly matching, responding the most demanding needs, and adapted to
the latest generations of camera sensor sizes, including large format: Sony Venice, Arri Alexa Mini LF, Arri Alexa LF, RED Monstro  ….

A rendering of a dream!

Because cinematographers’ desires of creativity are unlimited, Angenieux imagined a specific design for the Optimo Prime series called Integrated Optical Palette- IOP technology, including interchangeable iris, interchangeable internal optical element and a rear screw-in filter thread. Thanks to the Integrated Optical Palette, the Optimo Prime series is like a rendering of a longtime dream for rental companies and cinematographers, allowing  multiple possibilities. It is like several series in one to take your creativity a step further.

“With the creation of Angénieux Optimo Prime series, specially designed to accompany the evolution of the cinema camera format towards full frame and to offer new creative capabilities for the directors of photography, Angénieux is reconnecting with one part of its history, when Pierre Angénieux crafted Prime products more than 70 years before. In a permanent race for innovation, at the forefront of know-how and technology, Pierre Angénieux remains a source of inspiration for us.” says Emmanuel Sprauel, President of the Angénieux Brand

Following the successful business model settled for the Angénieux Type EZ zoom lens series, the Full Frame Optimo Prime Series is the result of a successful renewed partnership between Angénieux, Jebsen Industrial Technology Co LTD and Band Pro Film & Digital. Sales and distribution of the new Optimo Prime lenses are handled in the Americas by BandPro; in Europe, Africa, Eurasia, India and Middle-East by Angenieux and in Asia-Pacific by Jebsen.