Capturing the history, iconic and ordinary people from different angles, drama series “Big Waves Washing the Sand” presents the history of the Chinese Communist Party over the past century.

“Big Waves Washing the Sand” instantly captured the audience attention when it was released. Besides the show’s compelling theme, people have also been curious about its film production work. Our partner, Jebsen, recently interviewed the person behind the Angénieux EZ Lenses used in the production, Director of Photography Mr. Wu Qiao to talk about some of these behind-the-scenes stories.

What are the visual style differences between the modern and historical parts of the show? 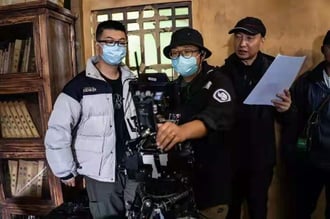 Wu Qiao: Our visual continuously adapts to the dynamic story line. The image style of the historical section emphasises a dramatic texture. It is heavy, rich and slightly warm in tone, depicting the lustre of the era. We wanted the historical images to convey a kind of deep-seated, rising emotion, so that the audience can also feel the passion of the period as well as the characters’ inner sentiments. In the later part of the Long March and Yan'an, the image style evolves into a simple and harmonious tone, while still maintaining some of the historical texture’s unique charm.

It is worth mentioning that our lighting effects are strictly following the historical facts. So, in the spirit of pursuing artistic truth, we have added a number of our own colour-stylised expressions. The modern part has been really challenging for us. We believe that the modern parts should look realistic, so the tone is somewhat cooler and brighter. This visual style is better suited to the actors’ and today’s online generation.

What other specific methods were used in filming “Big Waves Washing the Sand”?

I think the Director of Photography’s primary role is to develop the film's creative style and visual grammar, so that it has a unique and charming aesthetic value. To realise this aesthetic value, it is necessary to have a complete grasp of all methods, and make good use of light, color, lens, movement, and other elements. 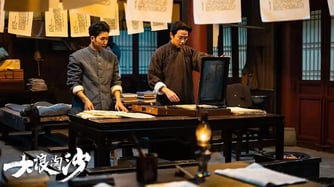 In filming the series, we’re focused on the emotional and psychological portrayals of the characters, as well as weaving together the scenes, to meet the needs of narrative content. So, we're very particular in terms of scene scheduling and camera movement. A skilled Director of Photography focuses on achieving the creative vision within a limited amount of time and resources. If you can definitely do more, but the resources do not allow it, you must make wise trade-offs without compromising the quality and integrity of your work.

What were your film equipment considerations for the “Big Waves Washing the Sand” production?

Given the plot needs of this drama, the equipment’s ability to capture a large image field was very important to me. We chose RED DSMC2 MONSTRO 8K VV and Angénieux EZ lenses for some of the shots as they bring the perspective that we really need. Many of our scenes feature meetings where dozens of people sit in a small room. Without a large-format camera, panoramic shots using wide-angle lens might be necessary, resulting in an awkward perspective and depth of field. It also makes the proportions of the foreground and the background characters out of balance, even causing image field distortions. 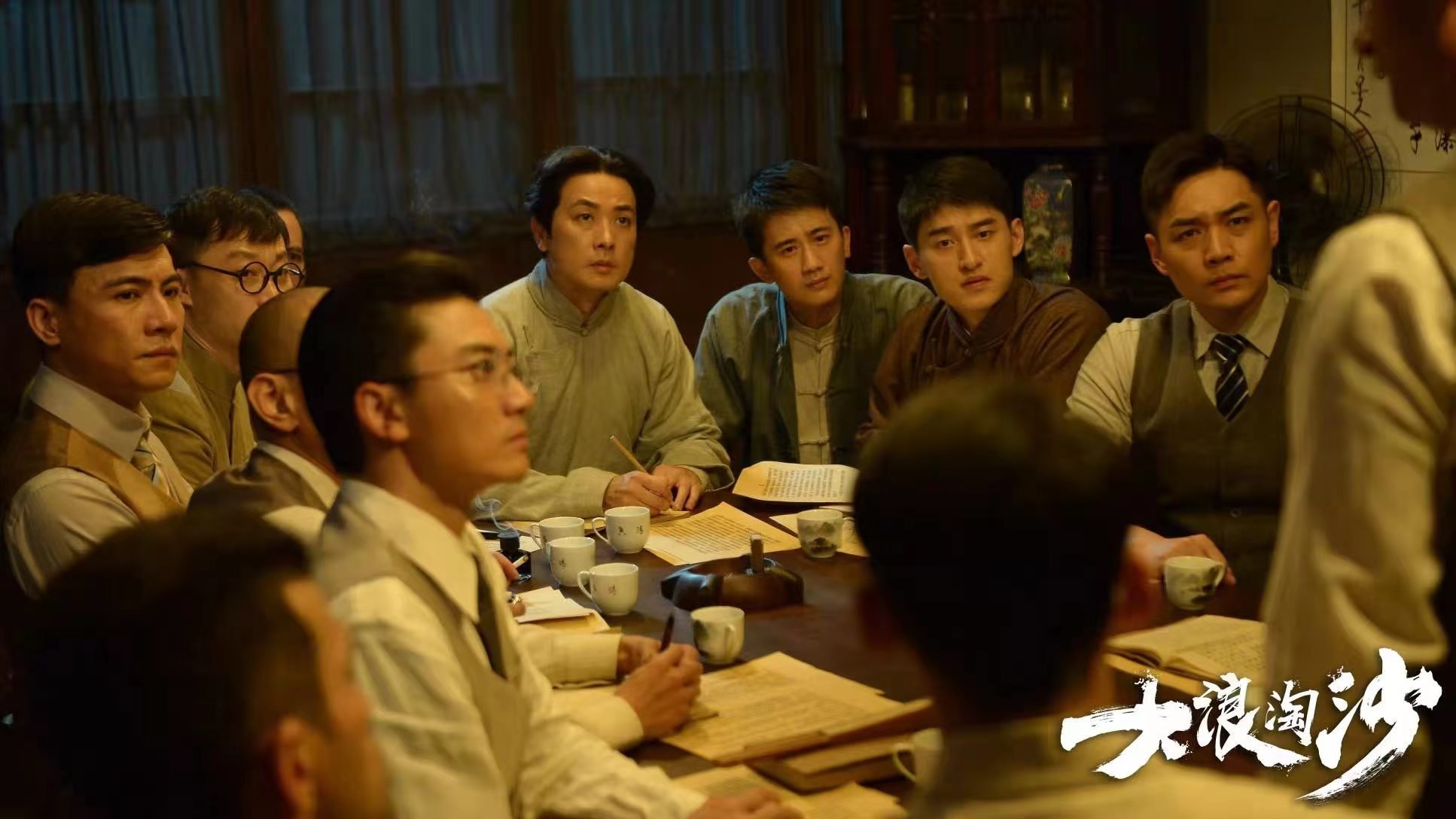 We can change the camera resolution from 8K to 4K at any time as needed. This convenience improves our shooting efficiency as we can change the imaging area and edit different scenes without changing the lens. When shooting panoramas, we try to use an 8K resolution to take advantage of the depth of field and angle of view of the EZ lens’ large image field. For medium and close-range shots, we use a mixture of different resolutions to match the scene adjustment of the fixed focus lens.

We look forward to seeing Angénieux EZ present more detailed and rich historical dramas. We also hope to see it used in more film and televisions works. Special thanks to and photo courtesy of Beijing Digital Technology Co, Ltd