Christopher Doyle, HKSC, is one of the most talented and fascinating cinematographers in the world. His intense sensitivity gives him an extraordinary talent. He knows like no other how to turn the tough reality of life into a surreal waking dream. Famous directors like Edward Land, Alejandro Jodorowski or Wong Kar-Wai among others chose Doyle to make some of the most iconic films of International Cinema. American Director Gus Van Sant recently chose Chris Doyle for Gucci’s cinematic project “Ouverture Of Something That Never Ended” he co-directed with Alessandro Michele, Creative Director at Gucci. Gus Van Sant and Chris Doyle already know each other. They made together Psycho (1998) and Paranoid Park (2007).

“Ouverture Of Something That Never Ended”

Is a season consisting in seven short episodes that gradually reveal the new Alessandro Michele collection. All seven episodes shot in Rome at the end of October released at GucciFest (https://www.guccifest.com/#/en/), the Gucci new online Film Festival that happened from Nov 16 to Nov 22 this year.

Christopher Doyle, or Du Ke Feng in Chinese, which means “like the wind”, finds his inspiration in a variety of practices and experiences. He was therefore very opened and curious when Angénieux proposed him to explore the universe of the new Optimo Prime series while he was in Rome. Like always with Chris, things started very simply and turned into a little nugget of cinematography.

Six, out of the 12 different focal lengths of the new Optimo Prime Series for Full Frame were sent, thanks to Cartoni 's support - Angénieux Optimo distributor in Italy - to Panalight (https://www.panalight.it/en/), the famous Italian rental house and Angénieux long-time customer. The F18, F21, F28, F40, F75 and F135 mm were put at his disposal for the 7th and final episode called ‘A Nightly Walk' where he made all scenes, all at night, with the Optimo primes on an Arri Alexa mini LF camera. The F40 mm turned into one of his favorites. 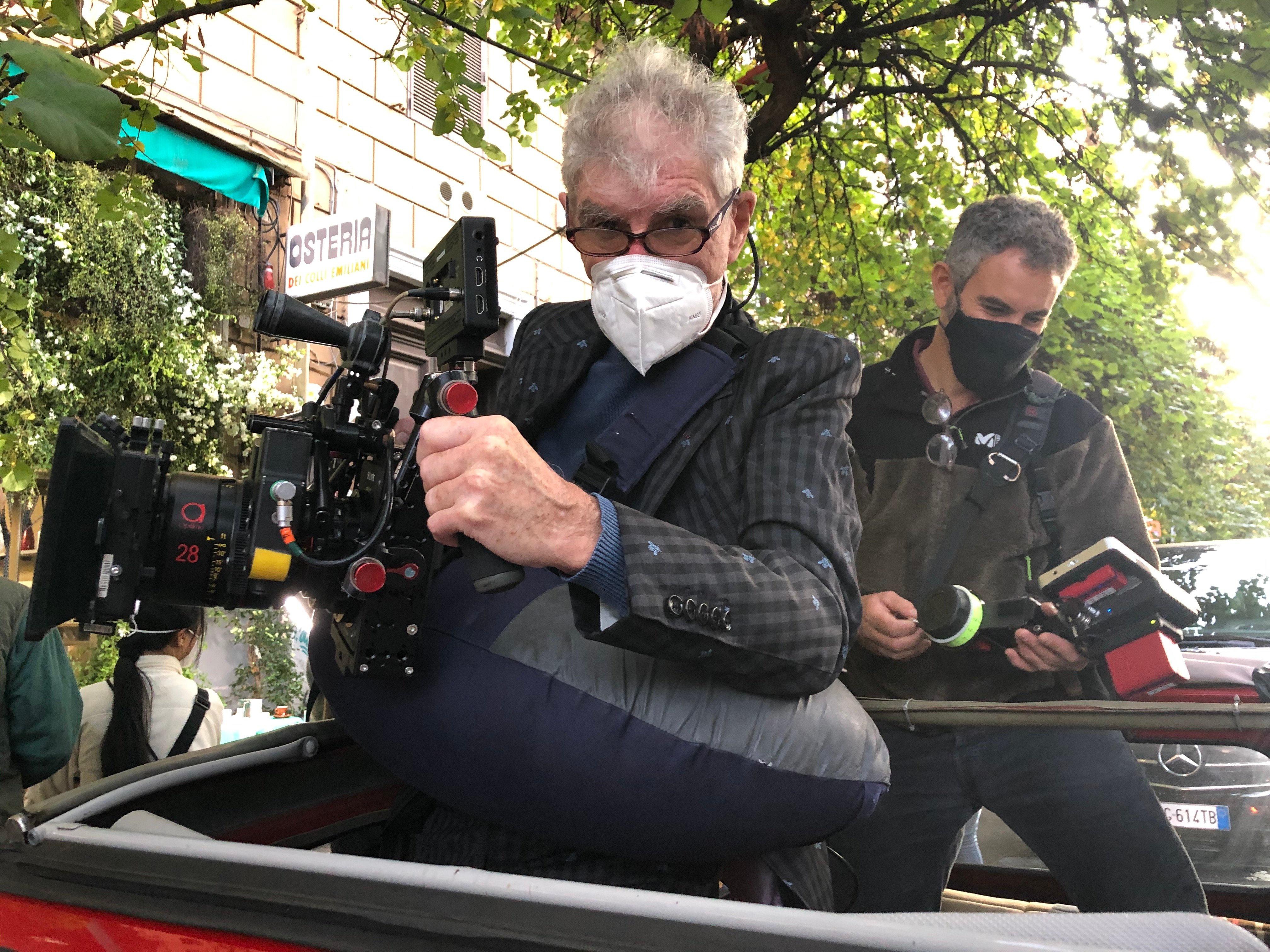 And few days later Angénieux received wonderful words from Chris that we at Angénieux will never forget.

In “A Nightly Walk”, Gucci gathered a particular exceptional cast: starring Italian actress, performer, writer and dancer Silvia Calderoni, and Chinese singer and actor Lu Han. At 3 min 10 s, Gus Van Sant even makes an appearance while Silvia Calderoni reads a poem through an intercom about her love of pink to a pink-haired Lu Han.

We would like to congratulate Gucci and directors Gus Van Sant and Alessandro Michele for their great achievement. Influential, innovative and progressive, Gucci is continuously reinventing a wholly modern approach to fashion.

Christopher Doyle is certainly one of the most brilliant cinematographers of his generation.

Doyle’s way of shooting is very instinctive, very dynamic, most of the time hand-held to put the audience at the closest of the action. As he said in the Angénieux book “Angénieux and Cinema: from Light to Image” :

“The function of the cinematographer is to be the bridge, the conduit between the audience and what’s in front of the camera. To me there are only three people in cinema: the person in front of the camera, the audience member, and the person who is the real passage between them—the cinematographer. Of course director and producer facilitate the interface. But for the engagement to be direct and compelling, I really believe we have to be transparent and remove ourselves enough so that the passage between the actors and audience is direct.”