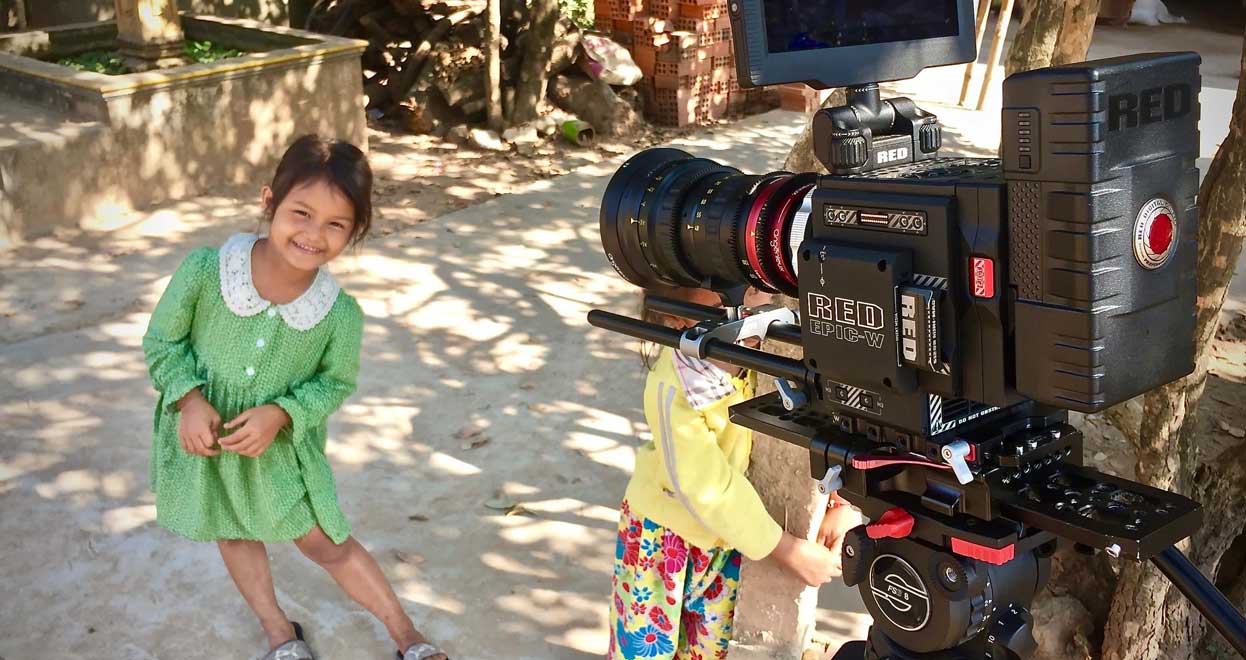 Jerôme Dolbert delivers us a testimonial about how the Optimo Style 48-130 was his best companion for an extraordinary human adventure in Cambodia, filming young girls who found their way back to life and smile through education. 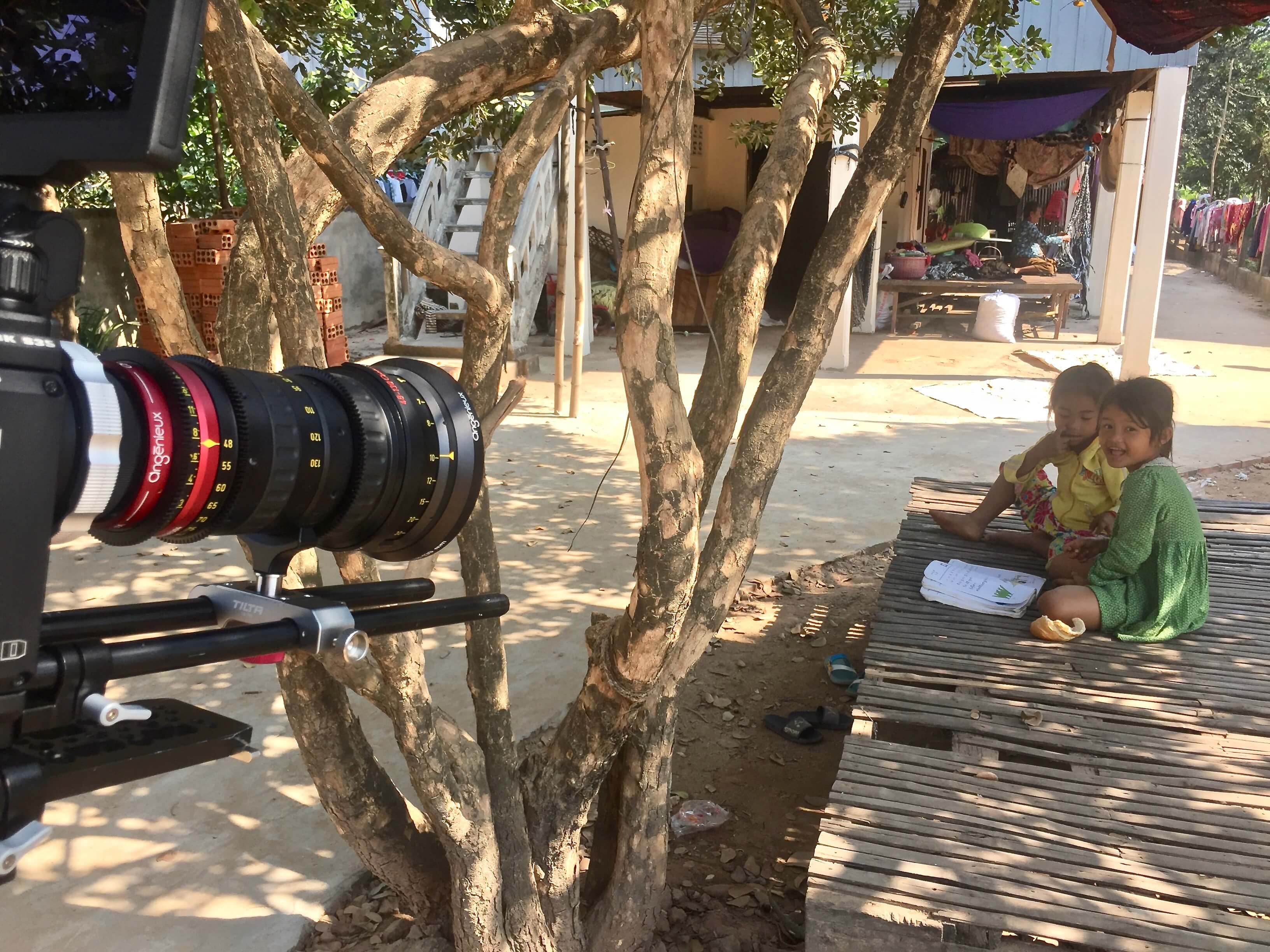 Jerôme Dolbert,  who is the Director - Producer - and Cinematographer of “A Child’s Smile”, is a Director of Photography born in Paris. He graduated from UCLA where he completed a program in directing films. Today, he is a recognized and established commercial filmmaker with over 20 years of experience in the industry who has gained tremendous popularity with the leading directors and producers of independent films, television series, and commercial productions. He is the happy owner of Optimo Style lenses.

His previous documentary “The Rainforests Are Under Threat” which was shot in Peru, about the deforestation, was awarded in different festivals. For his next documentary, Dolbert wanted a subject that would be directly linked to the human being.

“I was always fascinated by Cambodia and its history. Here, my intention was to give new insights into women’s and children’s situation in the rural areas. Most of the time, women are still confined to the daily activities in the fields. 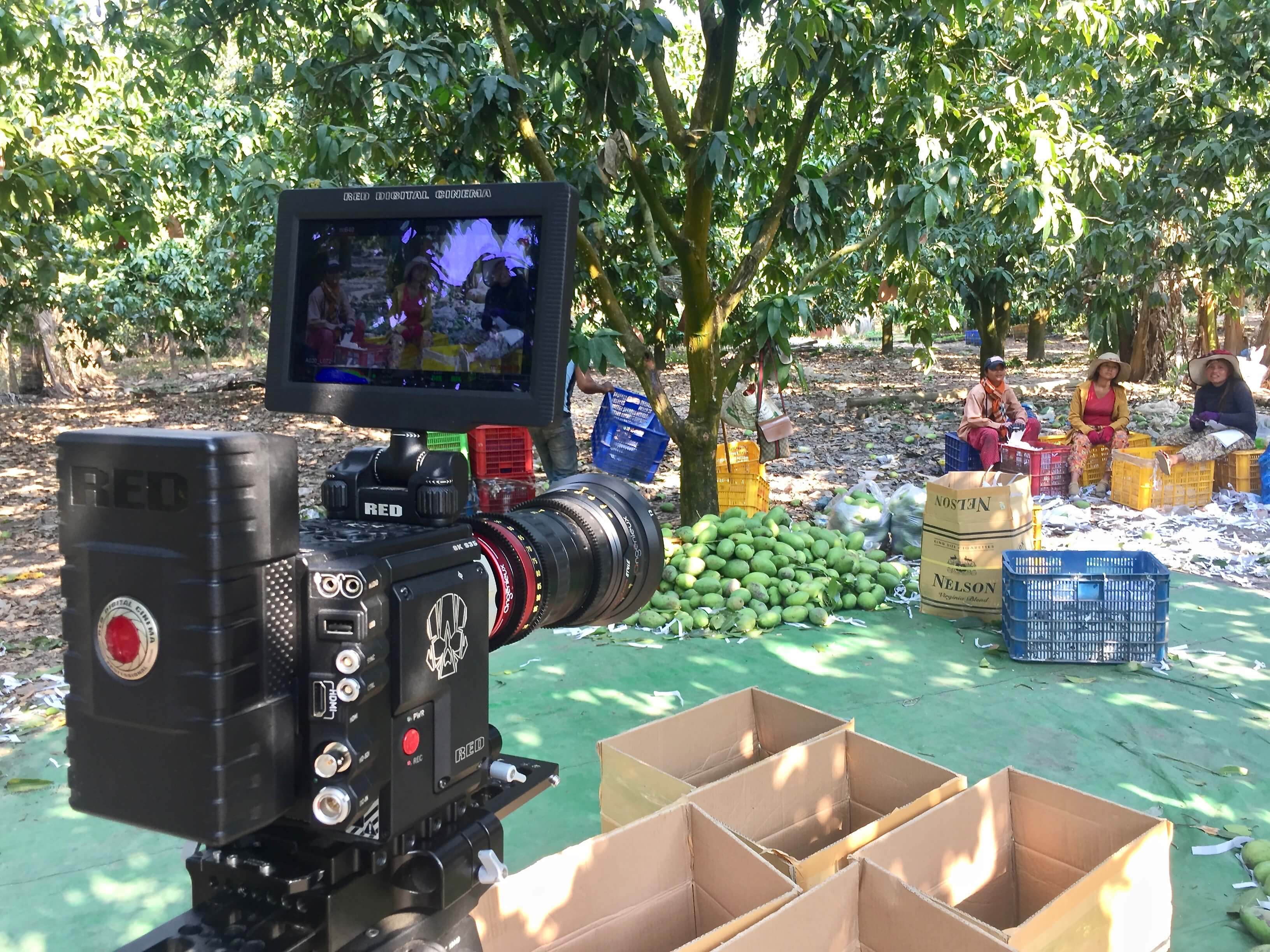 The average household income is less than 100$ a month and kids are sometimes sold. When the Khmer Rouge leaders invaded the country, about 50 years ago, they targeted the intellectuals and all the spectacle wearers were exterminated. Same for those who could speak a foreign language or were educated. The country lost about 90% of its intellectual population. Today, half of the population is under 18 years old and Cambodia is slow to recover. This generation is missing.”

According to Dolbert, the current situation particularly discriminates against girls who are abused or sometimes even sold from the age of six onwards, provided they are not first destined for prostitution. The prostitution has developed in a scary way in recent years. Public schools have half-time courses in over-crowded classes and girls are often turned out of the school system at the end of primary school.

It is for all the above reasons that “Toutes à l’école”, a French association, chose to develop a high-level schooling system for under-privileged girls, to be able to help them become free women and educated mothers. Happy Chandara, a school of 1200 students was created in 2006. 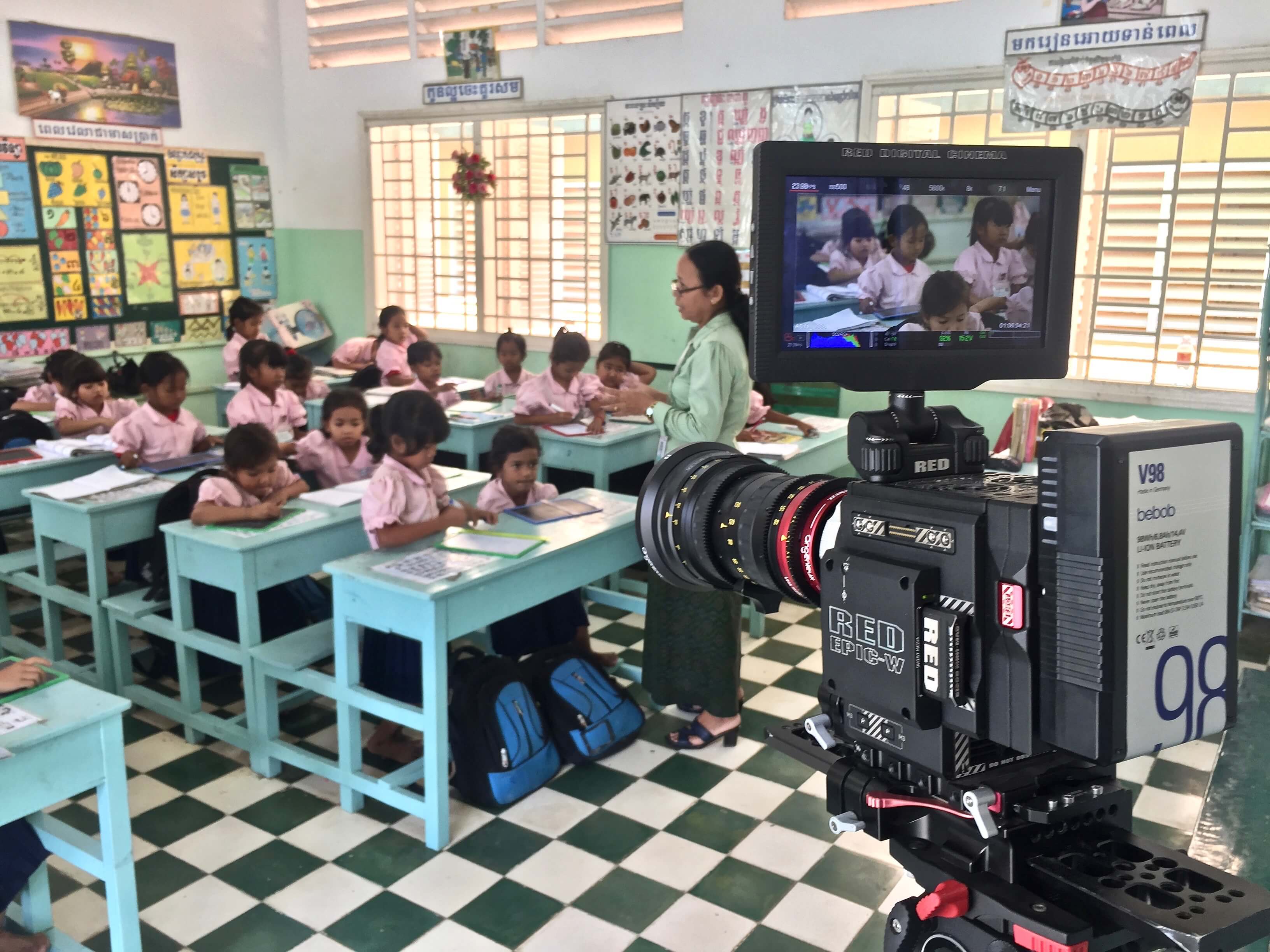 Tina Kieffer – A French celebrity who is also the founder and President of "Toutes à l’école" says :

“Because women are responsible for the education of their children, it is essential to give them a good education. In this way they will transfer values of peace, of openness and of tolerance to future generations. This is the only way to fight the barbarianism and regression which affect millions of women and children in the world.”
http://www.toutes-a-l-ecole.org

It is this reality that Jerôme Dolbert wanted to show. He also covered the lack of medical follow-up for most of this population, filming the action of another association called “Pour les yeux du monde” http://pourlesyeuxdumonde.org, created by Dr. Phat-Eam Lim, in 2004, who was born in Phnom Penh.

Correcting vision at a young age is incredibly important for a child’s education and overall health. It is hard to study and stay in school if you can’t see!

The documentary shooting started in January and took a full month, travelling by Bus, Taxi, Boat, Tuk-Tuk. It sounds like the shooting conditions were really tough. “I had to move with 100 kg of equipment with a temperature of 40 degrees Celsius (104 degrees Fahrenheit) and 80% humidity, and this at 5.00 am or night. But after shooting in the tropical forest in Peru for 2 months for "The Rainforests Are Under Threat", I was ready and I knew how to tackle and prepare for the difficulties and the unexpected” says Dolbert.

“This lens is ideal for a wide range of applications including documentaries, wildlife, interviews and features. With exceptional optical performances, great image coverage (Ultra S35 format up to 34.6mm image circle), minimal breathing and a fast aperture of T3 with no ramping, the 48-130 is a great companion for shooting high end digital productions.

It can be used on the latest digital cameras and has a PL mount that is easily interchanged to Canon EF.

In short, superb image quality from T3 open aperture, compact and very light (1.9 kg / 4.3lbs), perfect homogeneity of color, contrast and resolution. Low distortion.  The lens is the perfect tool for the organic handheld and helps me bring greater artistry and cinematic expression to my shoot in any format. I can't recommend enough this lens”. 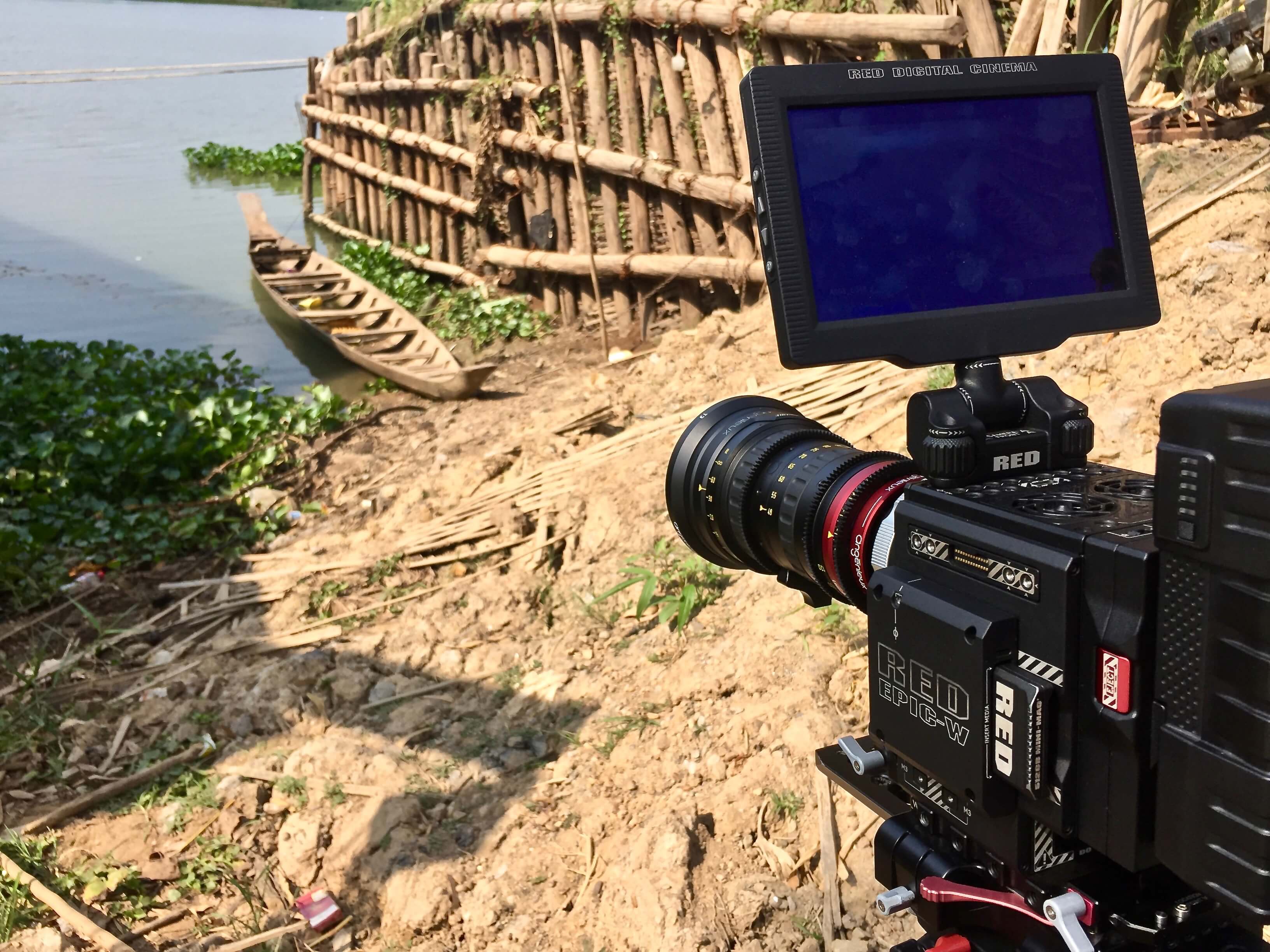 Dolbert now shares his experience with the Optimo Style 48-130 lens in such a difficult context.

“Since I shoot by myself, I tend to select lightweight and compact equipment, but at the same time, I want to use the best cinematography equipment. The quality of an image is obviously a very important criterion. It explains why I selected the Red Weapon 8K camera and the Angénieux lens. I used them at the maximum of their capacities.  Shooting in 8K brings some constraints. In 8K, half an hour of rushes can take the whole capacity of a 502 Go memory card. But shooting in 8K offers many more possibilities in editing.

The choice of the lens is crucial. For me, a zoom is a must. It replaces easily a set of primes and I have only one flightcase to carry!! The zoom allows me to make images that I would not be able to make with a prime. It allows improvisation. I have in mind a scene when I was discreetly filming the kids’ nap in the classroom from far away. 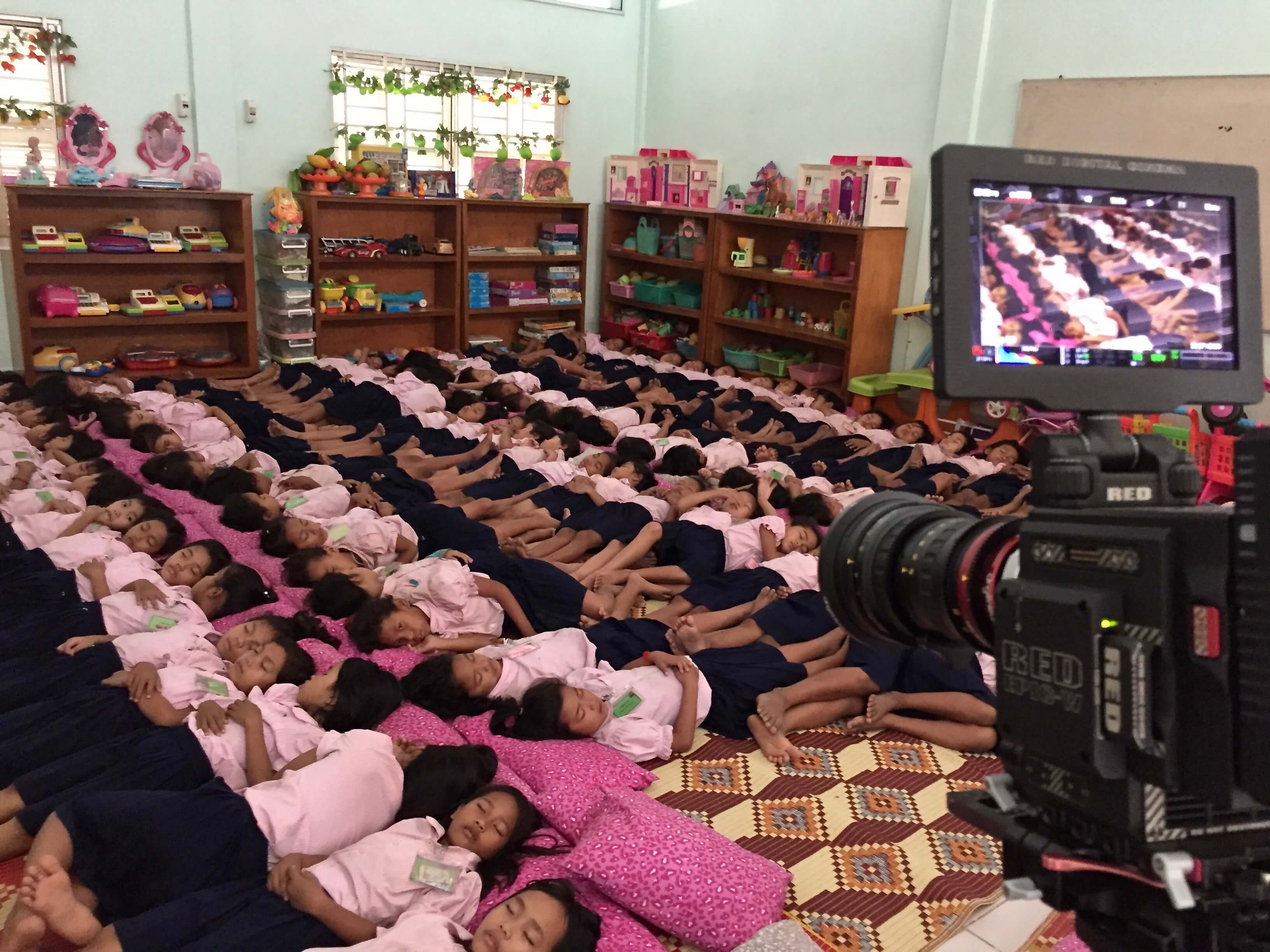 Thanks to the zoom, I was able to catch the eyes of a little girl who was the only one not sleeping in the room.

Without the zoom, to make this image, I would have awakened the whole class. 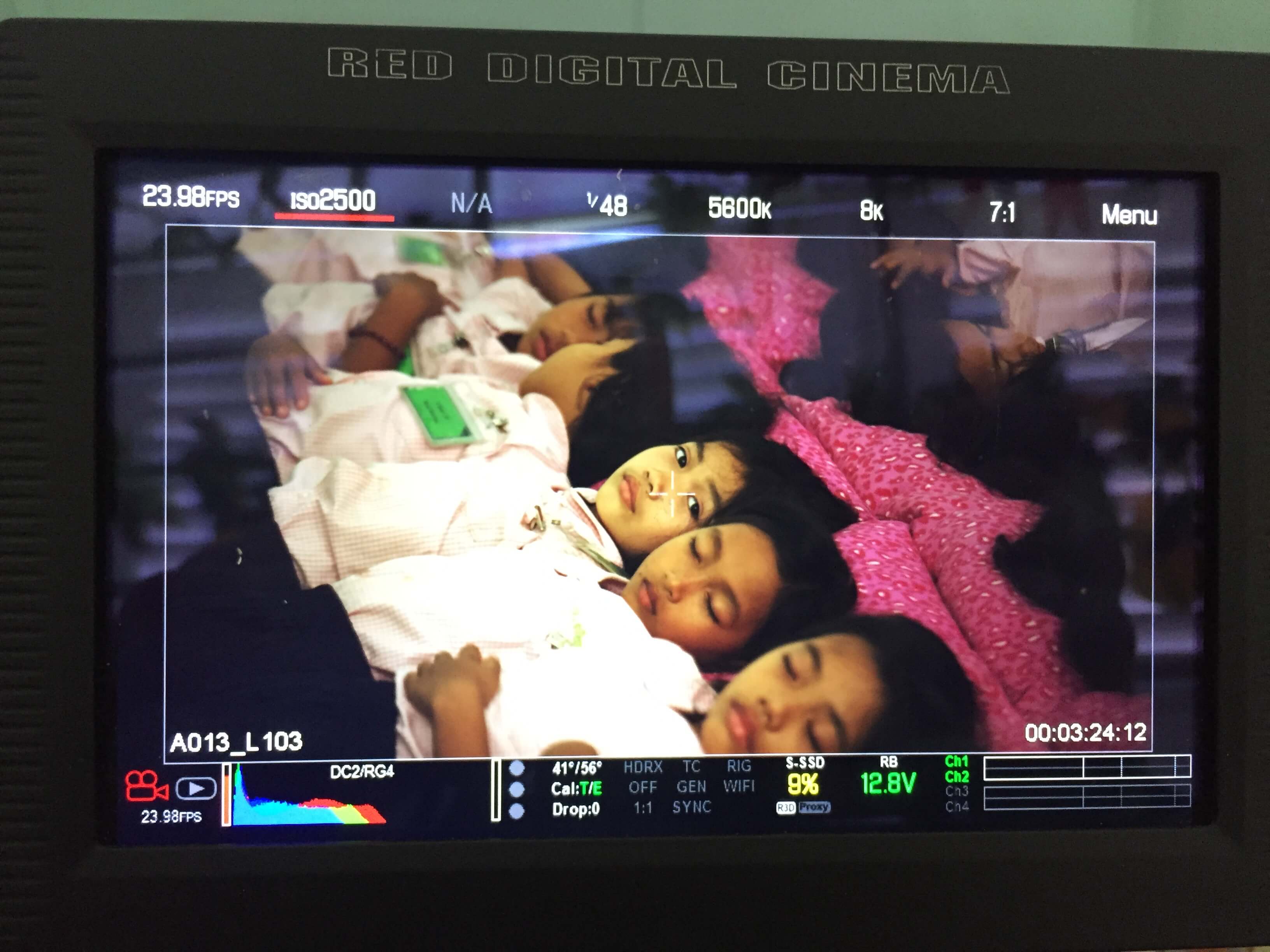 As a precaution, I took a 15mm Sigma with me to make landscapes. Ideally, I would have loved to have a second zoom lens, wide angle, in order to still be able to zoom in small places.

The Optimo Style 48-130, since it covers a 34.6mm diagonal, also covers perfectly the camera sensor. For this kind of shooting, this range is ideal. The 48mm is very useful for portraits, but the long length too. When you make a documentary, you shoot with non-professionals. To make sure that they remain natural, I often use the long focal lengths.

I was able to attend a couple of surgery operations on the boat. Thanks to the 130mm, I made amazing images of an operated eyes. I am not sure I will edit these incredible images since I imagine the strength they would carry if projected on a giant screen.

The medical team was amazed by the image quality : the tissue colour rendition, the amount of details, the sharpness and the brightness.

I had used an Optimo Style already for my last documentary. It was impossible for me to go to Cambodia without such a lens, where colours and faces are so beautiful.

I am often asked if the aperture of a zoom is not of a problem when I carry only a zoom. The Optimo Style 48-130 is T3. I was able to shoot anything I wanted, including images where the two kids live, before going to school, a small cabin with limited amount of light. 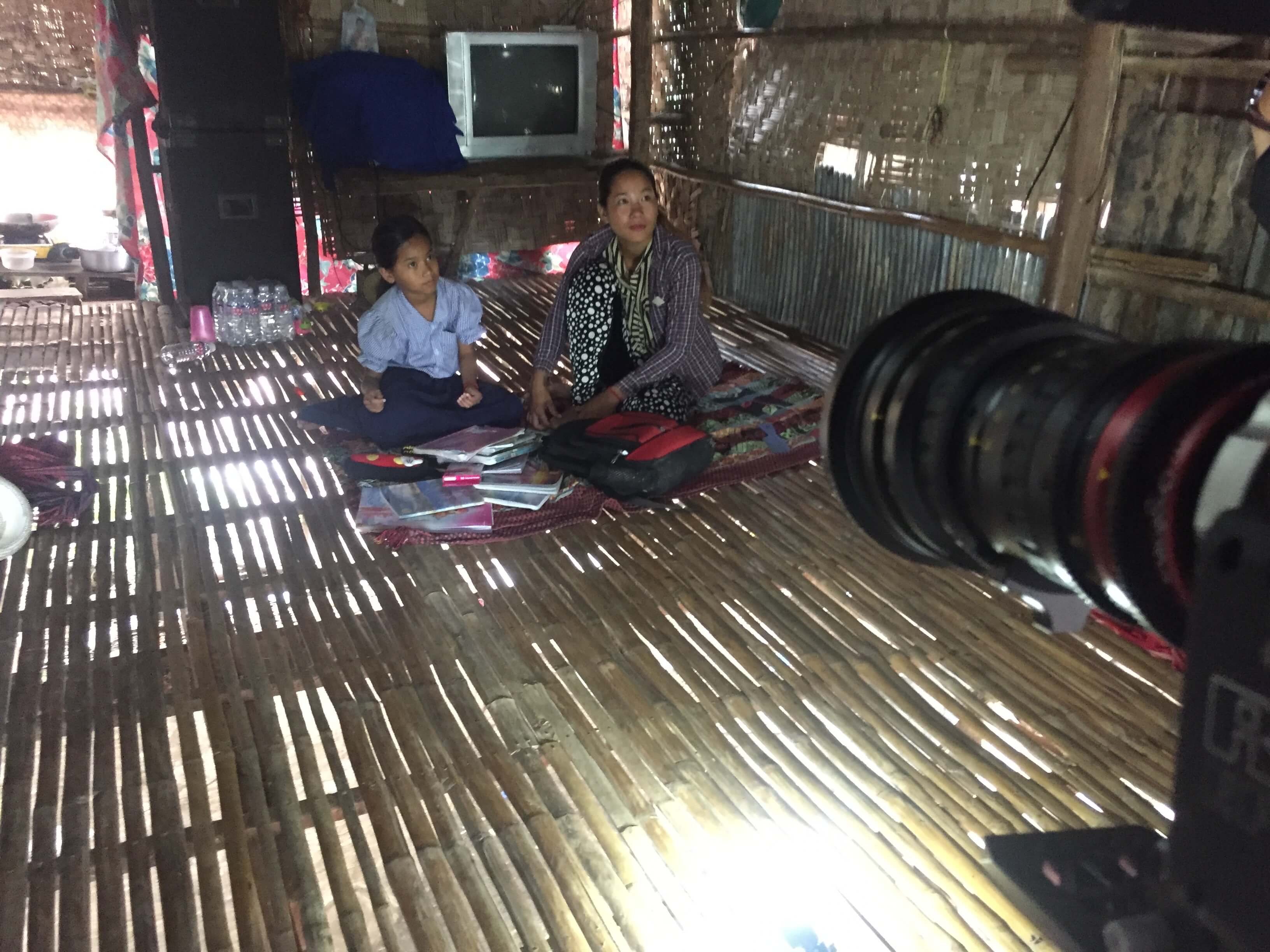 I really hope this documentary will be noticed by the festivals, because the topic and the images are beautiful”